Tetracycline is an antibiotic used to treat a number of infections and is a first-line therapy for a number of serious illnesses. However, tetracycline can stain the teeth. When tetracycline is taken by an expectant mother during the third trimester or by a child during tooth formation, tetracycline is deposited in the tooth buds, causing significant discoloration. (1, 2) It can also be deposited in teeth during early adult years, if taken on a long-term basis, especially if taken during growth periods, or after trauma to the teeth. The result of this deposit is a distinctive and persistent discoloration. (3,4)
In the past, the ‘conservative’ treatment option for tetracycline-stained teeth usually involved placement of veneers or crowns to cover the darkened teeth. (5,6) This approach was costly, invasive, and time consuming.

The KöR Whitening System achieves permanent whitening for every patient with little or no sensitivity. It works by restoring the teeth’s ability to absorb oxygen. Stain molecules dissolve as the KöR Whitening gel is absorbed deeply into the teeth.
KöR lightens teeth with dramatic results up to 16 shades or more.

Digital impressions of the teeth are made using our TRIOS® digital scanner. The scans are transmitted over the Internet to the KöR lab, who fabricates custom whitening trays. These securely fitting trays are comfortable and easy to wear. Some patients forget that they have them in.

KöR trays are worn at home throughout the night. Treatment include a few short whitening visits in our office.

Our patient developed extreme tetracycline staining during childhood. Over the years, he attempted other tooth whitening systems with minimal success. Dr. Wolfinger and the patient agreed that the KöR Whitening System was a good option. In February, the patient’s upper and lower teeth were scanned using the Trios® digital scanner. The case was then sent to the KOR lab, along with a bite registration. The lab fabricates the bleaching trays and they were delivered to our office just ten days later. During the next visit, a twenty-minute conditioning treatment using the patient’s new bleach trays was applied. For six weeks, the patient used the night-time bleach trays at home. He then returned to the office for a second in-office conditioning treatment. Our patient was very pleased with the results. He will continue bleaching at home for three more months.
Dr. Glenn Wolfinger states, “I first saw a dramatic before and after result of whitening tetracycline stained teeth in a dental magazine advertisement. At first, I was very skeptical, but did my research. I even went as far to call the dentist from Florida to question him about the case he treated. He advised me that it was a 5 month process involving a compliant and dedicated patient who was diligent in using the trays and material daily. A few in-office procedures were required as well. I am pleasantly surprised to see the significant results after only two months of treatment. Our patient plans to continue the daily process for the next few months to further the results.”
“If these deep intrinsic stains can be whitened, I see no limitations in teeth whitening anymore.”

If you have questions about the KöR Tooth Whitening System or would like to schedule an office visit to begin the process of whitening your teeth, please feel free to give us a call or click here. 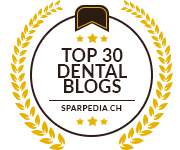 The theme of Pi Dental Center’s Open House is Let’s Get Digital. Patients and visitors can learn how Digital Dentistry has improved oral health care in a modern prosthodontic center. Guests will be able to participate in hands-on activities and demonstrations to learn about Pi Dental Center’s newest technology. The Open House will be held on Thursday, October 18, 2018 from 10:30am to 4:30pm.

If you have been waiting for an opportunity to learn what treatment options are available that will solve your unique dental challenges, visit Pi Dental Center on Thursday, October 18 between 10:30 a.m. and 4:30 p.m. Tour our elite facility. Get a complimentary exam. RSVP suggested.

“I need to find a dentist who can handle my gagging problem.”

Gagging during dental treatment is a serious and very real problem. The ADA reports that 7.5% of patients almost-always gag when they visit a dentist. Some people avoid dental treatment because of gagging fears.

The gag reflex is based on an innate biological mechanism. The Life Science website defines the gag reflex, which is also known as the pharyngeal reflex or laryngeal spasm, as a contraction of the back of the throat. It is triggered by an object touching the roof of the mouth, the back of the tongue, the area around your tonsils, or the back of your throat. Ten to fifteen percent of people have a hypersensitive gag reflex.

Dr. Joseph Massad discussed the gag reflex in Dental Economics. The gag reflex is generally thought to be controlled by the hypothalamus of the brain.

Pi Dental Center provides digital dentistry with our TRIOS® digital scanner. The TRIOS® scanner is used for crowns, bridges and single tooth implant restorations. One of the most important benefits of the TRIOS® intraoral scanner is improving the patient’s dental experience. A traditional dental impression can sometimes be unpleasant for patients who gag. Digital impressions are often more comfortable for the patient. Digital impressions are faster and the scans are more accurate, efficient, faster and more precise. “Patients continuously rave about the ease and comfort of our new digital impressions, says Dr. Glenn Wolfinger”.

Both the doctor and patient can see the results on a large screen immediately.

Pat Martin, EFDA and Director of Patient Relations states, “This technology allows the doctor to capture a digital image eliminating the need to take multiple impressions to have lab work fabricated. Patients like this convenient method of impression-taking because it is cleaner and less likely to produce a gag reflex.  It elevates the doctor’s level of expertise in the eyes of their patient because the tooth image can be viewed on the screen immediately.”

Don’t allow a gag reflex to control your dental health! Please let us know if you have an active gag reflex and any fears that you have. Ask us about options to find relief for strong gag reflex. This will help us to improve your experience.

Consider having your next crown at Pi Dental Center with TRIOS®. Call us to discuss your treatment needs and let us know about your past office experiences and any concerns you have. Providing optimal dental care in a relaxed environment is the goal of everyone at Pi Dental Center. Our supportive team is skilled at providing a pleasant office visit and able to tailor treatment for each patient.